My great-great grandfather was a horrible novelist. Truly. Writing at the turn of the 20th Century, his stories of riding on train box cars across the Midwest of the United States as a boy were neither adventurous or inspiring. In fact, it's hard to imagine taking a plot line with more potential and doing much worse with it. Don't believe me? Writing about an "outlaw" he met up with at one point, he penned: 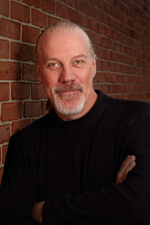 "No one sanctions the unworthy deeds of an outlaw, but there was still a tinge of sympathy in the human heart for the undaunted, even though a bravado criminal, and we all gathered around to learn from an eye-witness something of our brothers whose daring adventures far out-classed any that ever defied the authorities of any civilized nation on earth."

That from a book that he self-published in 1895 at a "vanity" press In Chicago, making 50 copies for friends, one of which somehow got passed down to me and which now resides on my bedside table for those nights when I just can't seem to get to sleep.

Now you'd think that my great-great grandfather's tortured prose would rest peacefully only in the few of those fifty volumes that could have survived the 120 years since printing. Surely only a handful of people in the entire world would be able to read his stories today, assuming, of course, they would have a reason to. Right?

Today, thanks to Google's attempt to scan every known book in the universe, hundreds of millions of people in North America could be reading the full text of my great-great grandfather's exploits today if they wanted. (In Australia, you could get a sneak peek here.)  That's just a tiny bit more of an audience than he ever dreamed of having access to when he wrote it.

So, what does all of this have to do with my upcoming Connected Educator Summit in Sydney and Adelaide? Just this: the world has changed. We now live in a world of abundance where we carry access to almost the sum of human knowledge, billions of potential teachers, and millions of tools and apps in our pockets. The things we can read and learn, the ways we can interact and create and publish today look little like the potential we had to do those things even 20 years ago. And those potentials keep expanding at a very fast pace.

And I wonder what it will look like for my own children.

This world of abundance is not the same world that existed when schools evolved into our learning worlds. And while the opportunities for learning in abundance are enormous, the challenges for schooling in abundance are equally as great. What is an education when we can learn so much on our own? What is a teacher when teachers are everywhere? And what is literacy in a world where self-published, multimedia, interactive, connected, adaptive texts are beginning to rule the day?


These are important questions whose answers will guide us into a new way of thinking about our practice as educators and, importantly, as learners. And we'll be looking at those questions and many more during our day together.

The idea that my great-great grandfather's truly awful writings suddenly have an audience of billions is simply a metaphor for the huge change we're experiencing. I hope you'll join me as we spend a day exploring what that change means for our students and for ourselves.

Keep up to date with eNews
News, Promotions and more